Hunting is a very intriguing topic to talk about, especially these days when the use of social media is very rampant. People who share their hunting experiences online as well as their prey were quickly being judged and even attacked personally.

Aside from being intriguing, it is also a hard issue that people usually avoid.

Why? Because some people are against it and find it unacceptable because many are abusing their ability to hunt. While others fully support it since it’s their source of food and also living.

And between those two groups of people who have different opinions is the fear of being judged and labeled as a bad person, that’s why the majority likes to keep quiet and stay out of the context.

My two cents, I’ll honestly say that I’m half-hearted with the practice as well. Where I’m located hunting for food is done in more rural areas and our local farmers raise their own animals which they harvest when needed. If it’s for food and to keep one’s family fed, then I find it fully acceptable.

In the book of Genesis, God gave man the overall authority over the animals that are here on earth, from the fish, to the birds and even the beasts. There’s also a written scripture where God himself ordained or allowed the sacrificial system where millions of animals like sheep, goats, pigeons, and bulls were used as a sacrifice. Another scripture also said that God created the animals to be eaten by humans.

Though there are many write-ups in the Bible that say that hunting is acceptable and not a bad thing to do, there are also some stories in the Bible where God gave limitations about hunting. For example, game shouldn’t be killed recklessly or indiscriminately. Nevertheless, the Bible didn’t mention that killing animals is bad but you have to do it responsibly.

For you to know more about what God says about hunting, I will be sharing 10 Bible Verses for hunters or hunting. These verses are a good way to understand what God instructs the hunters as well as for us to understand the practice as well.

Take your bow and a quiver full of arrows, and go out into the open country to hunt some wild game for me.

Can you hunt the prey for the lion or satisfy the appetite of the young lions?

But David said to Saul, “Your servant used to keep sheep for his father. And when there came a lion, or a bear, and took a lamb from the flock, I went after him and struck and delivered it out of his mouth. And if he arose against me, I caught him by his beard and struck him and killed him.

And the LORD your God will drive out those nations before you little by little; you will be unable to destroy them at once, lest the beasts of the field become too numerous for you

He gives food to the wild animals and feeds the young ravens when they cry.

The boys grew up, and Esau became a skillful hunter, a man of the open country, while Jacob was content to stay at home among the tents.

And he walked about among the lions; He became a young lion, He learned to tear his prey; He devoured men.

God was with the boy, and he grew; he settled in the wilderness and became an archer.

Based on these 10 Bible Verses for hunters, you can easily say that the scripture is balanced with how one should practice hunting. There, God mentioned that you should be like skillful hunters in order for you to support your needs.

You should also consider that God loves the animals like how He loves us, that’s why people should not abuse hunting that may result in eliminating them. It is our task to make sure that what we’re hunting is just the excess and that it will not result to wiping out a certain animal to extinction.

All in all, hunting is not a bad thing if it’s done responsibly and I’m glad to know that I shouldn’t worry about having a 50/50 opinion regarding this issue. You should not feel bad at all if you have the same thoughts just like me.

In the end, the idea of hunting is good but there are many limitations that you should consider to ensure that God’s creations won’t be ruined. 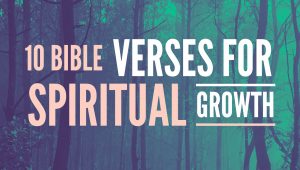